The First Hijabi Police Officer in Illinois Wants to Inspire

The First Hijabi Police Officer in Illinois Wants to Inspire 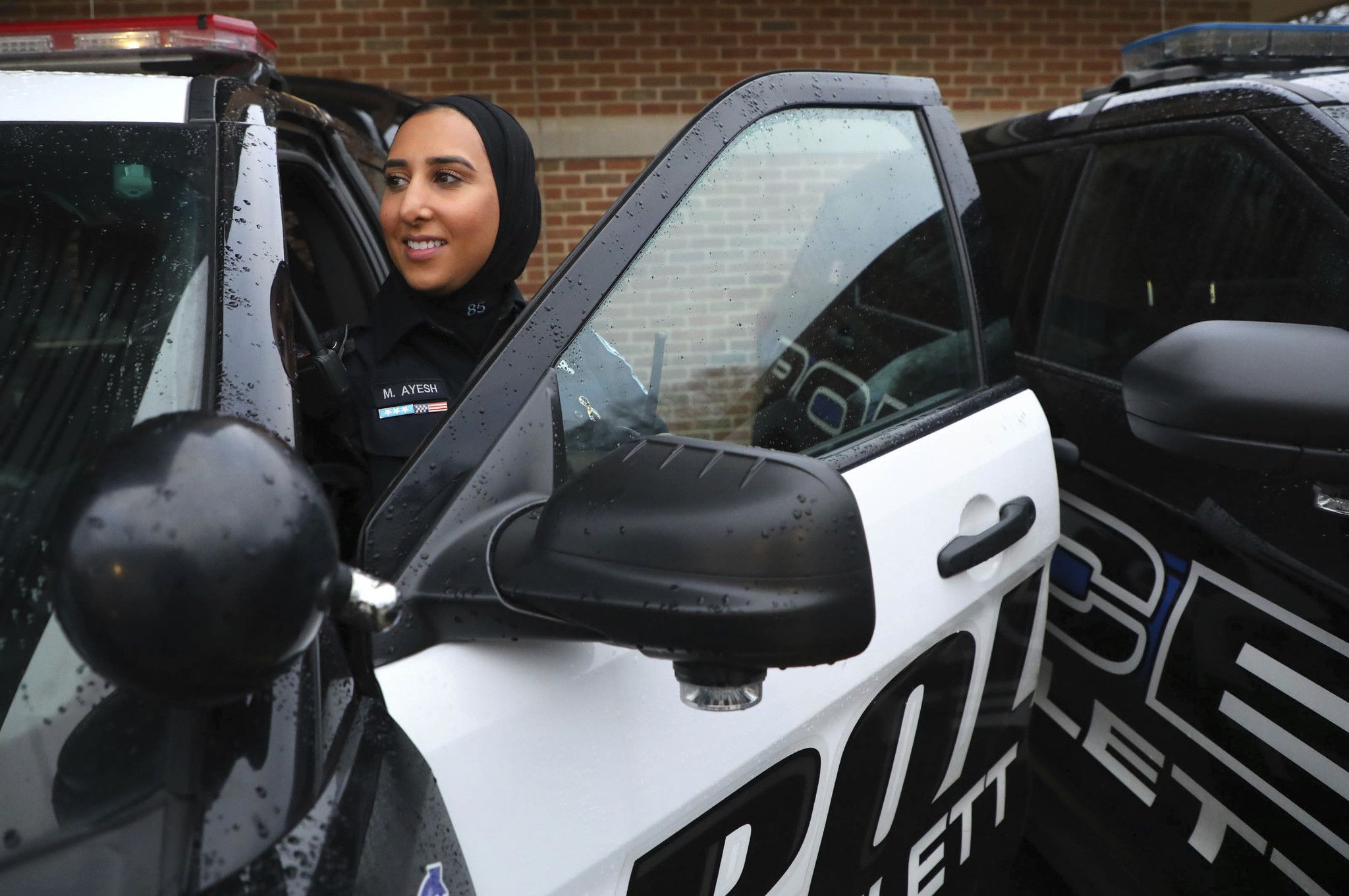 It had rained earlier that day in Bartlett, IL, and Officer Maha Ayesh was the first to arrive on the scene. A car had crashed into an electrical pole, resulting in wires strewn all over the place which her commander had previously warned her about.

Making a U-Turn to block off the street, 31-year-old Ayesh who joined Bartlett Police Department two years earlier, sees a man frantically yelling at her and waving his hands. She could not hear him over the blaring sirens, it was only when she opened her door she heard him shout “Stop!”

Ayesh looked down to see she had parked right on top of a live wire hidden in a puddle. She retreated back into her squad car and began taking deep breaths. Praying for the strength to move forward, she mustered up the courage to get out of the car.

“It was such a scary scene, you have live wires and then you have a squad car right in the middle,” Ayesh says as she recalls that harrowing incident. “The emotions that were going through my head like God, I was going to the scene to help somebody and I almost lost my life.”

Maha Ayesh consistently keeps her faith at the forefront of her life, both professionally and personally. Since joining the force Ayesh has been breaking barriers and paving the way for future officers as the first hijabi police officer in the state of Illinois. 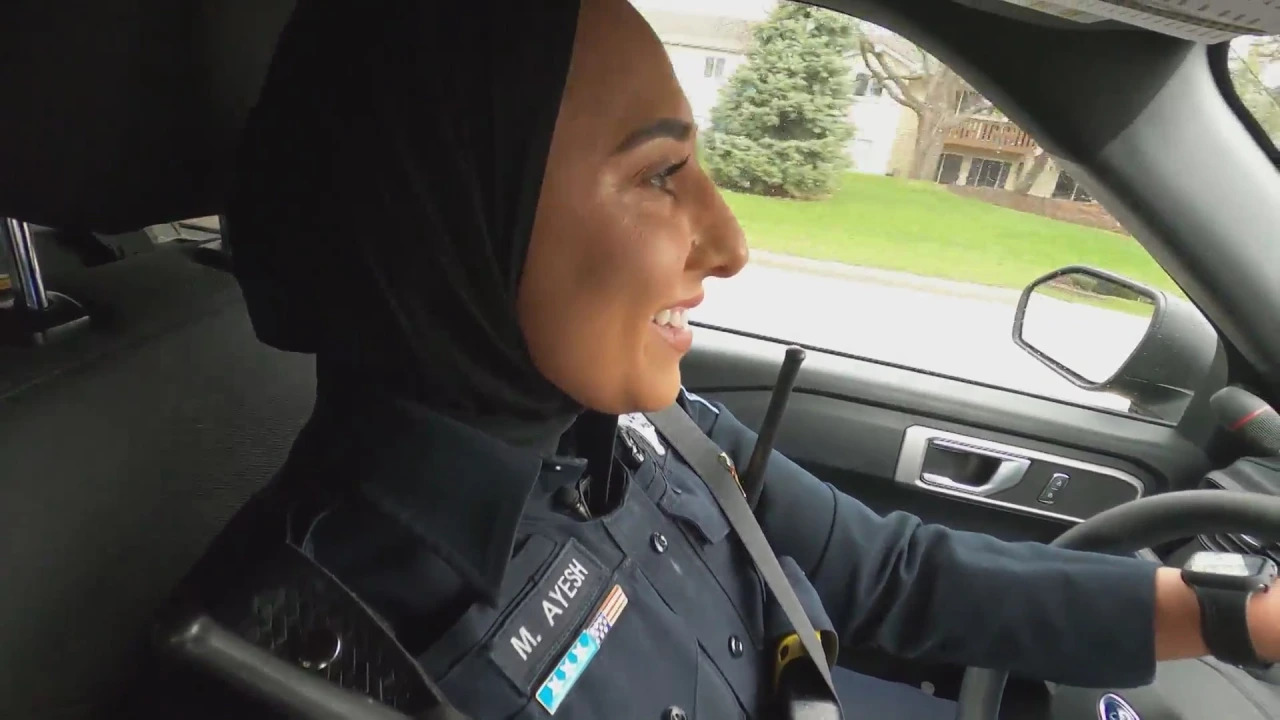 “When I think of religion and when I think of profession, I don’t see it as a [clashing thing], I see it as more of a binding backbone to who I am,” Ayesh said. “Religion was a place that I leaned on.”

With a background in forensic psychology and experience working in jails and juvenile detention centers, Ayesh believed she had a lot to bring to the force, as well as being a woman, child of Palestinian immigrants and licensed therapist.

“When I entered the force, I didn’t enter the force [with the thought of being] the first Muslim police officer wearing a hijab, it never really crossed my mind,” Ayesh said. “Did I think that I was? Sure. Did I do it because of that? No. Did it really help me to see the picture of things now? Absolutely, I mean how could I not take this experience and make it a bigger one? It is such an honor.” 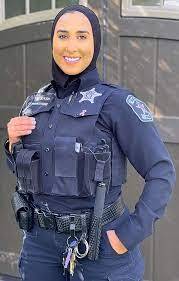 Through her work in both the police force and as a therapist, Ayesh strives to serve the community in any way she can. She served as a translator for refugees coming in from Iraq and finished her master’s practicum at Kane County Jail where she worked as a therapist.

Since news of her achievement has spread, women from all over the world have reached out to her expressing their gratitude and praising her courage.

Ayesh recalls a story of a young girl who approached her at the mosque seeking advice. When asked what she wanted to be when she grew up, she revealed her mother wanted her to be a pharmacist.

“I told her I learned one thing growing up, you really have to get to know yourself before you can tell anybody else what you want to do,” Ayesh said. She told the mother, “Allow your daughter to really self-analyze, self-evaluate. ‘What are my fears? What are my strengths? What am I looking to achieve in my life?’ And lean on your family for that.”

Family is important to Ayesh, growing up as the eldest of five siblings, she is part of an extremely close-knit unit.

“It's an experience of vulnerability, no matter what journey you’re gonna take, leaving behind your entire family and starting a life here,” Ayesh said. “How challenging that was for my mother and father to just start a whole new life like, ‘hey, let’s start a family here where we know nobody and nothing.’”

Her father worked as a truck driver to provide for his family, which meant long periods of time away from his loved ones. Ayesh recalls moving around several Chicago suburbs before finally settling in Lombard. 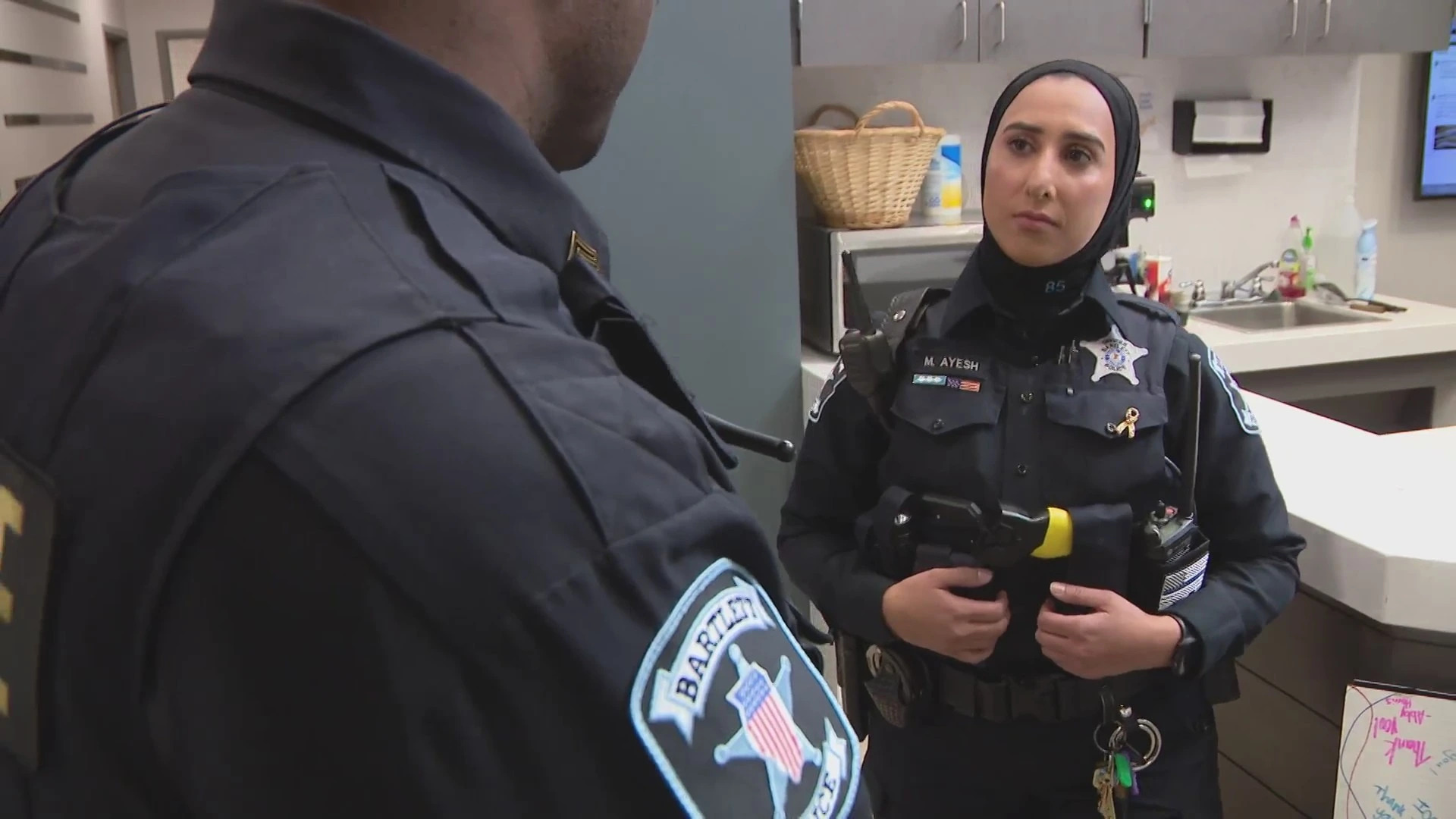 “I lean on my family, I am where I am because of my parents, their support, and their guidance. This is where my success is,” Ayesh said. In fact, her father also wanted to be a police officer and she says he along with her whole family is proud of her success.

The patrol officer also credits her co-workers and supervisors in law enforcement for her success. She says without their flexibility and willingness to accommodate her needs she would never be where she is now.

“That’s what's amazing about working with such an amazing family, I mean I look at them as family,” Ayesh said. “They’re not just coworkers, these are individuals that have your back.”