Mobile Halal Food Truck From Texas Drives To Success With Expansion To More Locations Throughout The U.S.

Mobile Halal Food Truck From Texas Drives To Success With Expansion To More Locations Throughout The U.S.

The popularity of Abu Omar Halal food truck has made it a booming business and its food is also now served in some restaurant locations.

What started out as a single food truck in Houston has now expanded to over 20 locations throughout Texas, Louisiana, Florida & Oklahoma, with more locations in the works. Known for its fiery color scheme & authentic chicken shawarma and gyros, Abu Omar Halal exploded onto the Houston food scene in 2008. 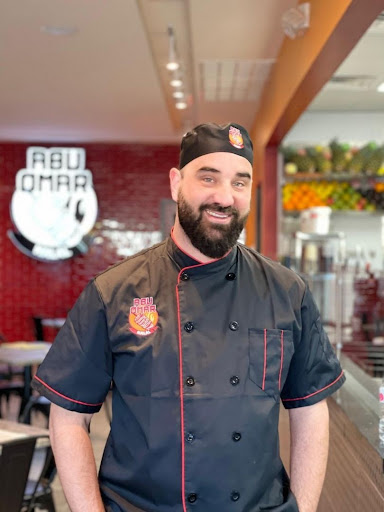 Pictured: Mohammad AltawahaFounder, Mohammad Altawaha, originally focused on Mexican and Mediterranean halal food when he opened his first truck, dubbed Abu Omar Tacos. He soon realized however, that the demand for traditional Jordanian cuisine was ever expanding and decided to shift to providing dishes common in his hometown. With this shift in menu, the first Abu Omar Halal truck was conceived.

Altawaha first had the idea to open a truck while working in kitchens in Houston during the pursuit of his Master's degree. He noticed there was a severe shortage of quality options for him to eat after late night shifts in the kitchen.

“The lack of quick, halal meal options for the Muslim community in Houston was almost non-exsistant, especially late at night. Even with the large diaspora of Muslims in Texas, there were very few places that combined the authenticity of back home and the convenience of the fast food industry in America,” he said. “I knew opening a truck that exclusively served halal cuisine would go over well here and after successfully opening another 20+ locations in the past few years, I would like to think I was right.”

Over the next few years, the popularity of “the shawarma that started it all” took off & Abu was able to expand to even more locations throughout the Houston area and beyond.

Now, with a mixture of brick and mortar & trucks throughout the southern US, Altawaha has no plans on slowing down and has several spots slated for later this year, including an expansion to the west coast.

“Next on our list of storefront restaurants is Anaheim, California, but we have plans to open several others in the future. Many of our current Texas locations (in the Houston and DFW areas, specifically) are storefronts as well,” he said. “Our future plans include a healthy mix of both food trucks and restaurants though. In addition to the upcoming storefronts, we have additional food trucks opening soon in Tennessee and Florida.”